Skip to content
The Bandit 28 is a small tiller-steered pusher fan designed to clamp quickly to the transom of any boat. This drive is designed for either the Predator 8 hp or 13 hp engines from Harbor Freight, and works great as a trolling motor. Thrust figures are 34 lbs (Predator 8 hp) and 50 hp (Predator 13 hp). Great for locations with submerged debris and vegetation. The airdrive also does not kick up mud in shallow water.

There are two mounting configurations for the Bandit 28. The 'Bracket' option bolts to the transom in four locations for a secure semi-permanent installation. The 'Transom Clamp' option clamps to the transom using two large thumbscrews, similar to a mud motor or longtail, and also has a single security bolt that requires one small hole at the top of the transom. This prevents the drive from gradually shifting on the transom, especially during trailoring.

The Bracket mounting option is shipping now, and the cost is $1549. The Transom Clamp option will begin shipping in 4-5 weeks and will $1599. Both kits include everything except engine: mounting bracket/clamp, swivel hub and engine mount, 3-blade fan, fan guard, tiller, throttle lever and cable, and kill switch.

Call or email us for questions or to order! 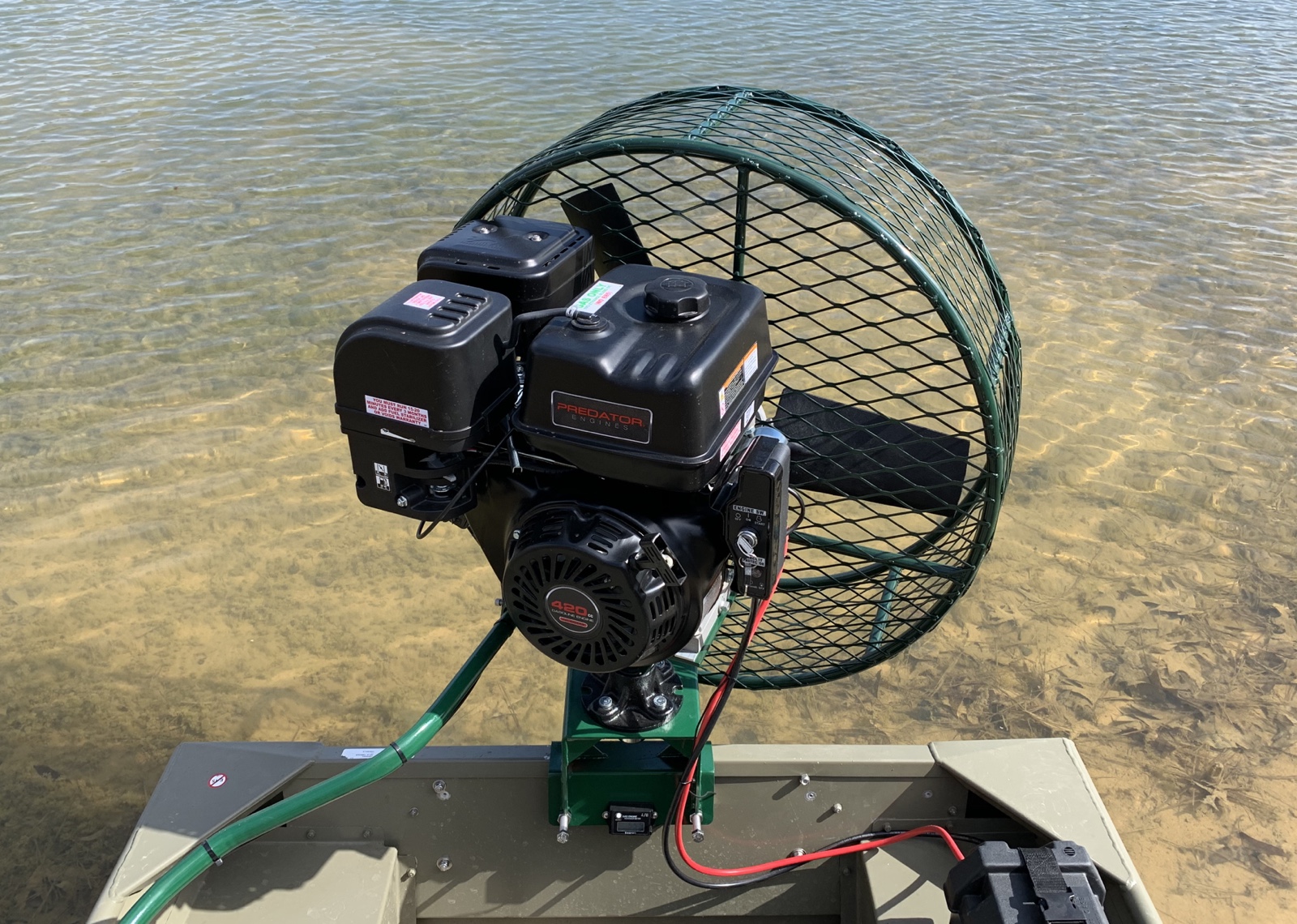